Rickey’s journey began as an unmotivated young person, stuck in a small town and frustrated with those around him telling him he could do everything, but unable to show him how.

Seeking these answers led Rickey into trouble and eventually led to being overweight and struggling with depression.

With poor mental and physical health, Rickey faked happiness but he knew it wasn’t something he could do for long.

It took just one YouTube video to change his life!

It introduced him to personal development, self awareness and our individual paths to happiness.

Then he saw an advert for the Jay Shetty Certification School and knew this was his next step; he felt moved to be the guidance he sought for so long.

Rickey is now a fitness and mental health leader, a Jay Shetty Certified Life Coach, an author and a motivational speaker. He is the helping hand for his clients that he himself needed when he was in his darkest place.

• Did you have money to start or did you go all in and worry about money after?
• How do you compare yourself after the coaching certification to before?
• What was the biggest turning point for you to decide to become a coach?
• How do you approach criticism?

Searching for a life and success coach? The Jay Shetty Certification School coach platform is the perfect place to find the right coach for you! 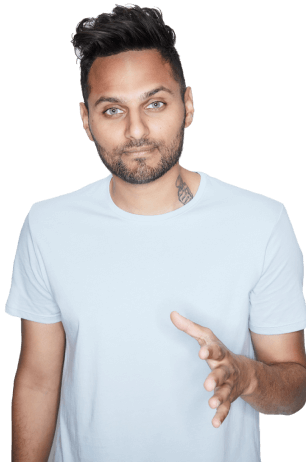 Ready to become a coach yourself?

SPEAK TO AN ENROLLMENT ADVISOR